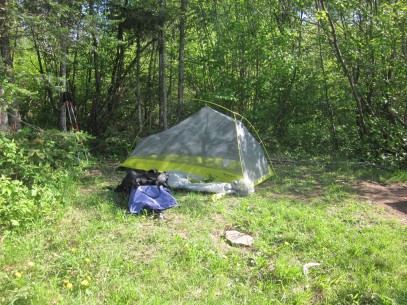 Of all Superior Hiking Trail campsites, this one feels the most remote. However, I share the campsite with 3.5 million mosquitoes, so I do not feel alone. Bonus: I get a nice 1.7 mile run back to my car the next morning to avoid being drained of all my blood. 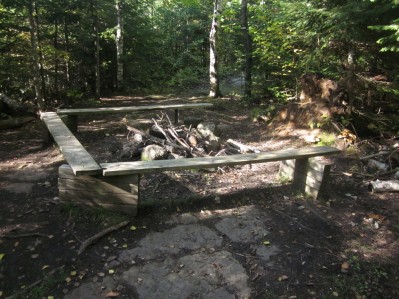 Todd was right; there’s not really a single good tent pad here. It is a full campsite despite the lack of anywhere to sleep. I accidentally let slip what my job is and I spend two hours answering questions about my work. I gotta get better at being incognito. 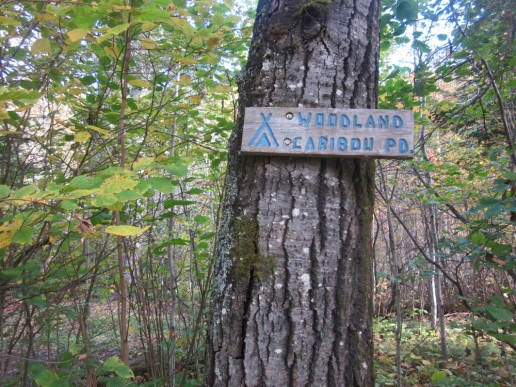 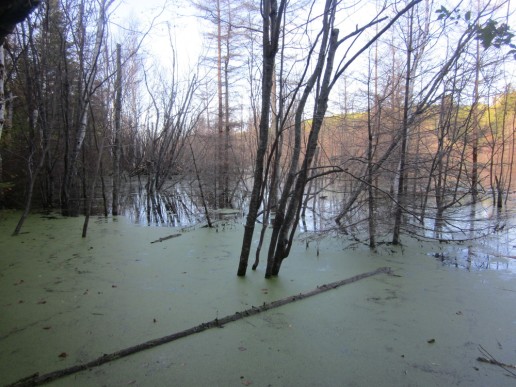 I watch the water levels recede and refill a decade later. Just after I decide that this campsite isn’t terrible, loggers come and bulldoze part of it. Great. 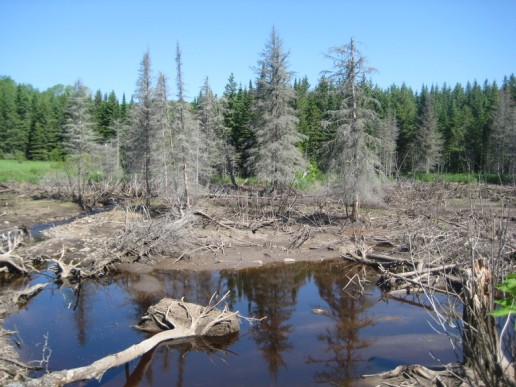 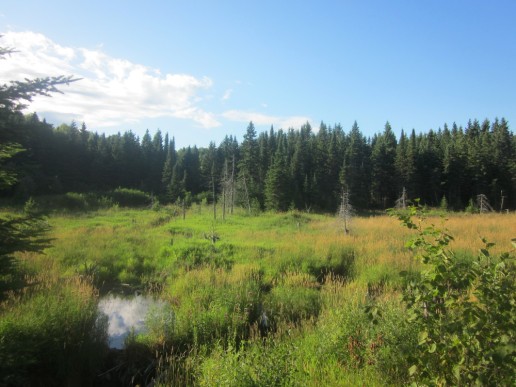 This campsite used to give me the creeps each time I hiked by it; when I finally stay here, the dead trees have mostly disappeared. That helps a lot. Too bad the people I share the site with leave all their dishes and food out. It is a very raccoony night. 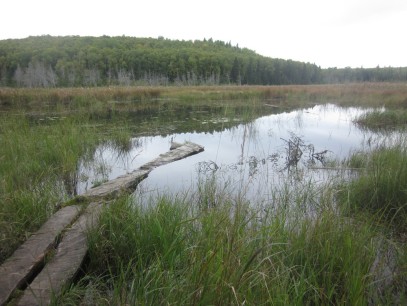 This is one of my last campsites and one of the most anticipated. I walk to the end of Tom Lake Road and back, then sit by the pond until it begins to rain. 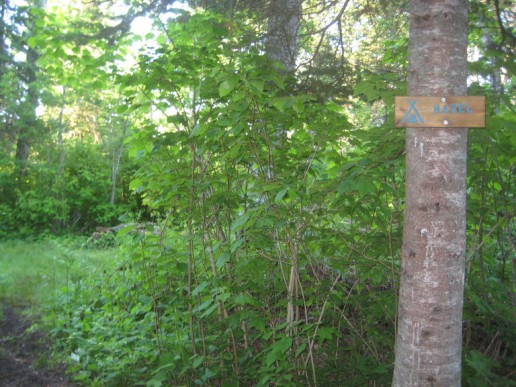 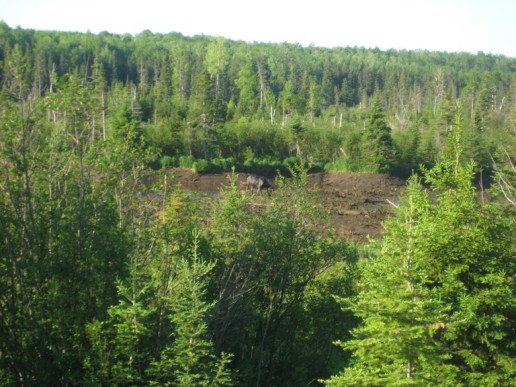 I never wanted to stay here but there isn’t much of a choice. A moose runs through the campsite though I only ever see one a mile away or so. I am lucky to not be trampled. A distant dog mushing endeavor sounds like the campsite is adjacent to Wolf War III. 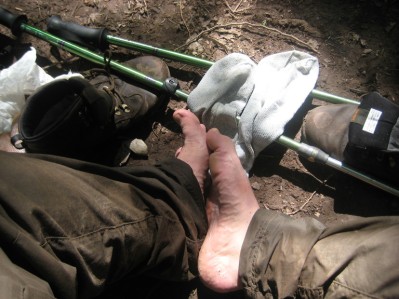 It was too far to walk but I walked anyway. 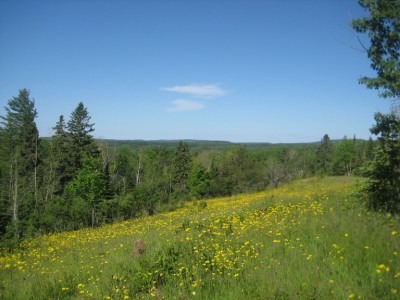 I tried to hang my bear bag and ended up hitting myself with a rock. (Note: this picture is not from the campsite – it was the era when I still used film, and those photos haven’t been digitized.) 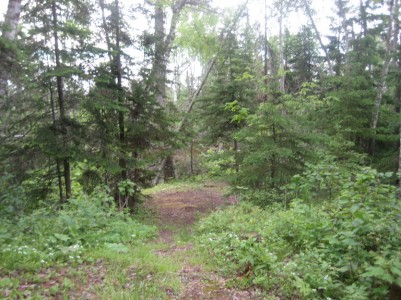 The extra half a mile today was well worth it for internal bragging rights. 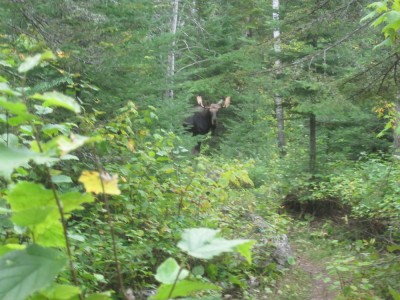 Half a mile from the campsite I turn a corner and run into a giant bull moose. I say hello and he takes offense.

Continue south or back to 94 Campsites main page